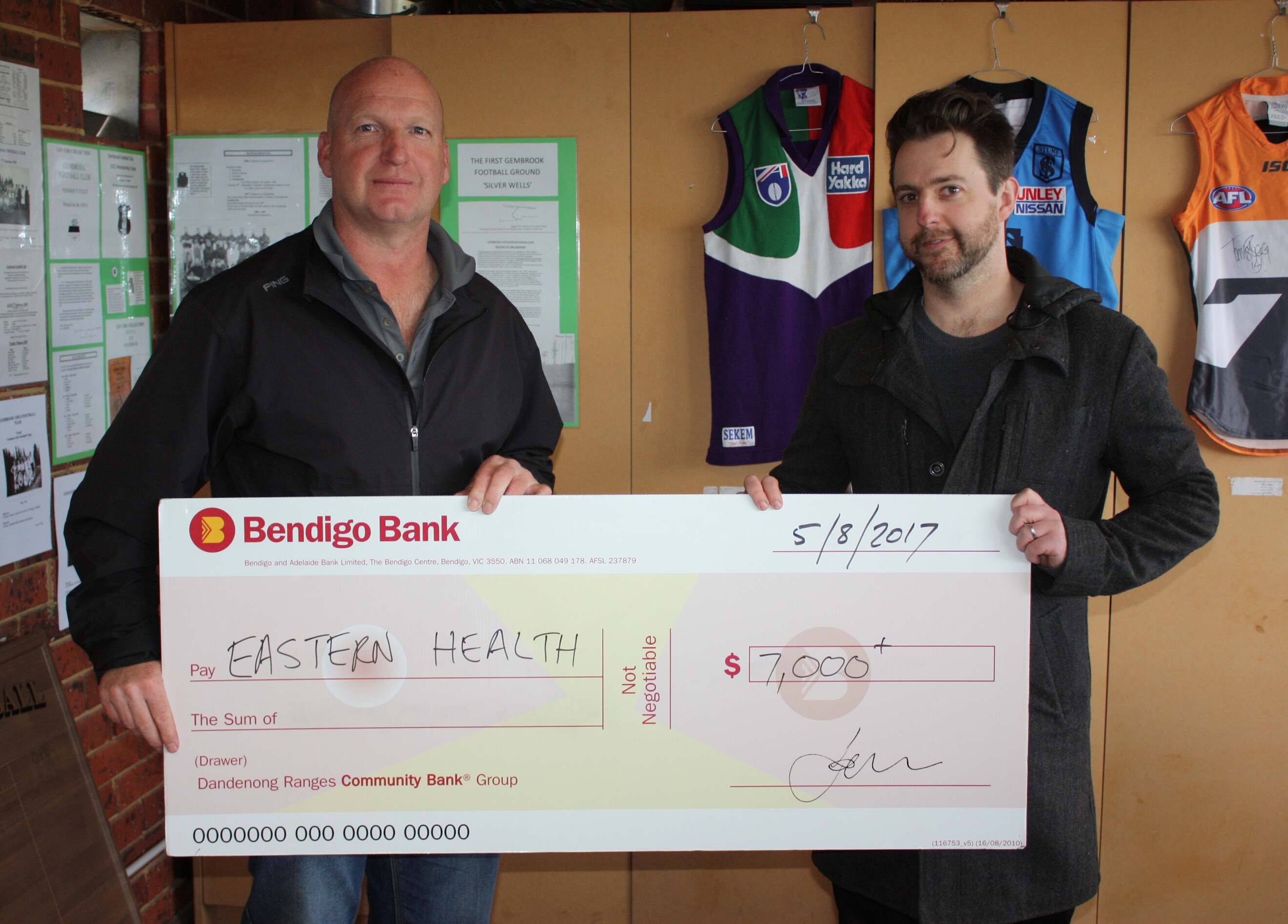 AFL Yarra Ranges, AFL West Gippsland and AFL Barwon Football Netball Leagues hosted another successful Melanoma Awareness Round on 5 August 2017, continuing a vital conversation about the risks of melanoma for players and families.

An initiative of Mr Steve Goodie, the annual round has also been fundraising for melanoma research at Eastern Health since 2015, in memory of Steve's wife, Carolyn, who passed away from melanoma cancer at the age of 45.

"I'm proud to say that all monies raised before and during the round will be used to fund a Melanoma Research Grant at Eastern Health," says Steve.

"New research is vital to investigating the best possible methods of care and treatment," he says.

In 2016, the Carolyn Goodie Memorial Melanoma Research Award was granted to Dr Eliza Hawkes from our Oncology team for her research project “Role of on treatment PET scanning in melanoma patients receiving immunotherapy”.

Working with Dr Hawkes is Andrew Mant, pictured right with Steve Goodie. Andrew is currently completing his PhD with a focus on melanoma.

"A grant made possible from this most recent Melanoma Awareness Round will be awarded in 2018 to a new researcher focussing on melanoma, as part of the Eastern Health Foundation Research Grants program," explains Prof Taylor.