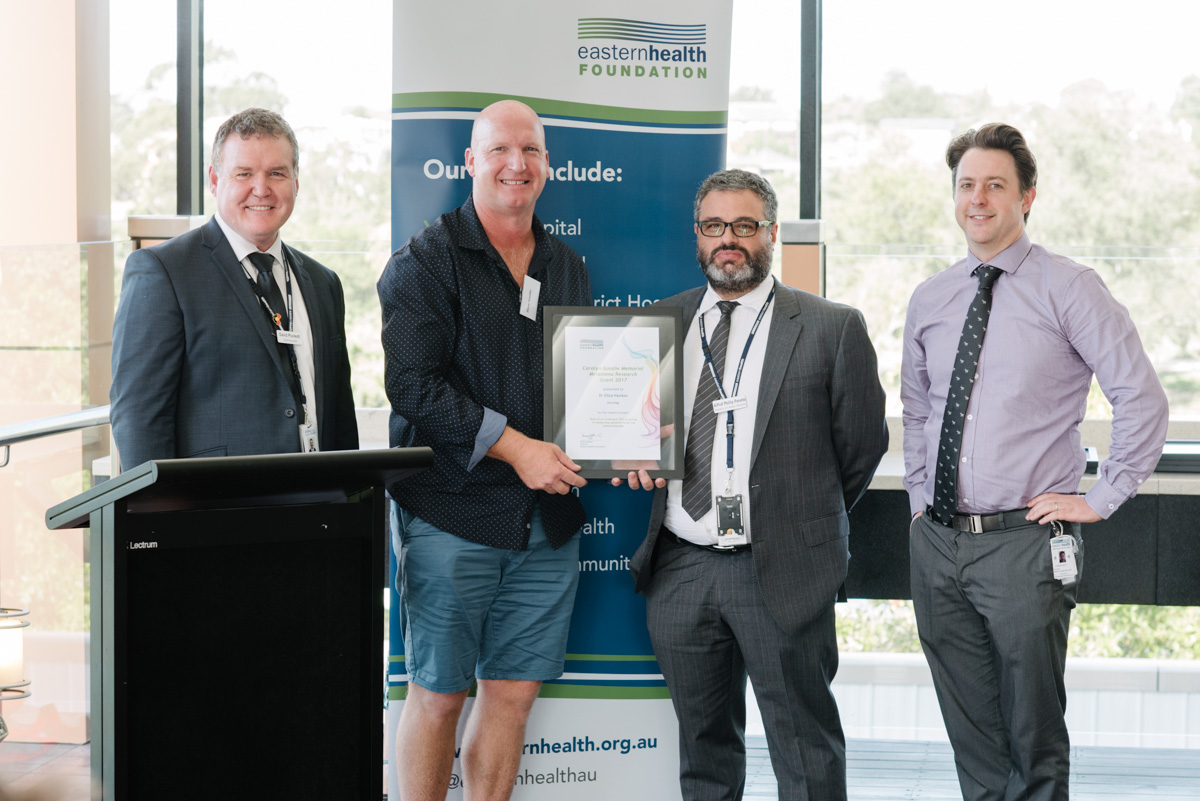 Steve Goodie wants to raise awareness within the football and netball community of the risks of melanoma.  It's a goal that's very personal to him after his wife, Carolyn, lost her battle in 2015, aged just 45.

Since then, Steve has generously hosted events in support of Eastern Health, where Carolyn received treatment, including a Melanoma Awareness Round with AFL Yarra Ranges Football and Netball League and Gembrook-Cockatoo Football Netball Club in 2016. This event raised over $8,600.

"This year, we've expanded our efforts to include AFL Yarra Ranges, AFL West Gippsland and AFL Barwon Football Netball Leagues", explains Steve. "Each league will host a Melanoma Awareness Round on 5 August 2017."

All monies raised before and during this round will be used to fund a Melanoma Research Grant at Eastern Health.

As one of Melbourne’s largest metropolitan public health services, we provide medical care, treatment and wellbeing programs for our oncology patients. But new research is vital to investigating the best possible methods of care and treatment.

All donations to Steve's campaign in 2017 will be put towards another important project researching melanoma.