Eastern Health is committed to ensuring that the needs of all consumers, carers and their families as well as our staff, students and volunteers are identified and met in an appropriate and respectful manner. Working in partnership with our communities, Eastern Health will ensure we provide a culturally safe environment that recognises, responds and supports the diverse needs of our consumers and our workforce (Eastern Health Equity & Inclusion Standard 2020).

Eastern Health activities and plans that work towards diversity, equity and inclusion

33,134 of our patients have a primary language other than English

Our services are provided in 77 different languages

The country of birth across the Eastern Health primary catchment population was most commonly identified as Australia (2021 Census) with an average of 65%. 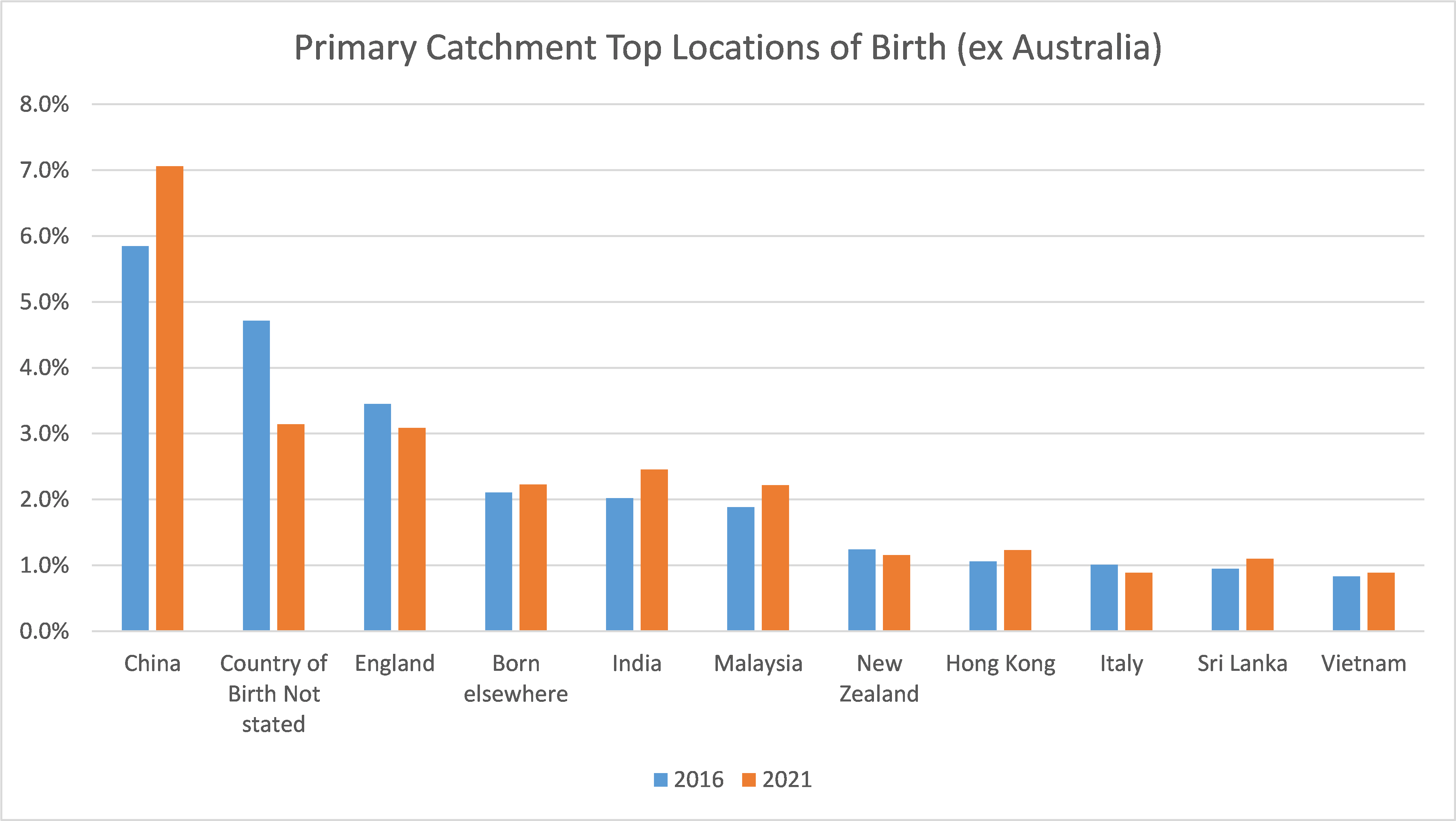 The primary population of our catchment speaks a wide variety of languages other than English at home, though almost 70% only speak English.

The most commonly spoken other languages include Mandarin, Cantonese, Greek and Italian.

Overall, the Eastern Health catchment population has a lower than average percentage of individuals who identify as Aboriginal or Torres Strait Islander at 0.48%, compared with 0.62% for Greater Melbourne and 0.94% for the whole of Victoria. Considerable differences exist however between the lowest rate of 0.21% in Manningham and the highest at 1.05% in Yarra Ranges.

The largest cohort of the Eastern Health catchment population identifies as having no religious affiliation. Christianity is the second largest.

Support and services for diverse needs

The Aboriginal Health Team is a community-based health service located in Healesville that is accessible by Aboriginal people and their families living anywhere in the Eastern Health catchment.

Language Services provides interpreting and translation services to all sites.

Eastern Health is committed to being an inclusive health service that is responsive to the health and wellbeing needs of lesbian, gay, bisexual, transgender, intersex and queer (LGBTIQ) people and their families.

The Eastern Health Rainbow eQuality Action Plan (PDF, 1MB) articulates our commitment and details the actions we will take to improve the accessibility of our health service to LGBTIQ people.